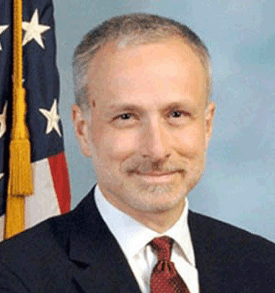 Jim Baker is Director for National Security and Cybersecurity at R Street Institute and a Lecturer on Law at Harvard Law School where he teaches national security law. In 2018 he was a Visiting Fellow in Governance Studies at the Brookings Institution and a Visiting Fellow at the Lawfare Institute, where he wrote and spoke on the counterintelligence implications of artificial intelligence.

From 2014-2018 he was the General Counsel of the Federal Bureau of Investigation (FBI). He has worked on a variety of national security and law enforcement matters in the public and private sectors during his career. 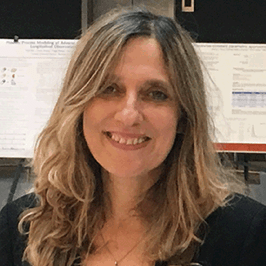 Regina Barzilay is a professor in the Department of Electrical Engineering and Computer Science and a member of the Computer Science and Artificial Intelligence Laboratory at the Massachusetts Institute of Technology. Her research interests are in natural language processing. Currently, Prof. Barzilay is focused on bringing the power of machine learning to oncology. In collaboration with physicians and her students, she is devising deep learning models that utilize imaging, free text, and structured data to identify trends that affect early diagnosis, treatment, and disease prevention. Prof. Barzilay is poised to play a leading role in creating new models that advance the capacity of computers to harness the power of human language data.

Regina Barzilay is a recipient of various awards including an NSF Career Award, the MIT Technology Review TR-35 Award, Microsoft Faculty Fellowship and several Best Paper Awards in top NLP conferences. In 2017, she received a MacArthur fellowship, an ACL fellowship and an AAAI fellowship. She received her MS and BS from Ben-Gurion University of the Negev. Regina Barzilay received her PhD in Computer Science from Columbia University, and spent a year as a postdoc at Cornell University.

Nozha Boujemaa is appointed as “Chief Science and Innovation Officer” at Median Technologies on February 2019. She is Director of Research at Inria (the French National Institute for computer science and applied mathematics). She was the scientific Head of the IMEDIA/Inria Research Group (Large Scale Multimedia Content Search) for 10 years before becoming Director of the Inria Saclay Research Center from 2010 to 2015 and Advisor to the Chairman and CEO of Inria in Data Sciences. In 2017, Nozha Boujemaa founded the DATAIA Institute, an interdisciplinary Institute on Data Sciences, Artificial Intelligence & Society, which she run until the end of 2018.

As an expert in Interactive Visual Content Indexing and Retrieval and in unsupervised & semi-supervised learning, Nozha Boujemaa has contributed to the emergence of next-generation large-scale multimedia search engines. She managed several flagship collaborative projects with French and European industrials, is the co-author of over 150 publications in peer-reviewed journals and international conferences and has supervised over 25 PhD and master students.

Nozha Boujemaa is Knight of the National Order of Merit, Vice-Chair of the Artificial Intelligence High Level Expert Group (AI HLEG) of the European Commission and member of the AI Group of Experts of the OECD (AIGO) and Member of the Board of Directors of Big Data Value Association (BDVA). Nozha is also International Advisor for Japan Science and Technology Agency Program “Advanced Core Technologies for Big Data Integration” and Senior Scientific Advisor for “The AI Initiative (Harvard Kennedy School). She is President of the Scientific Council of the Institute of Technological Research “SystemX”. 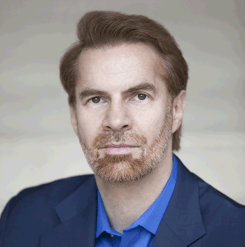 Erik Brynjolfsson is Director of the MIT Initiative on the Digital Economy, Professor at MIT Sloan School of Management, and Research Associate at NBER. His research examines the effects of information technologies on business strategy, productivity and performance, digital commerce, and intangible assets. At MIT, he teaches courses on the Economics of Information and the Analytics Lab. Author or co-author of several books including, with co-author Andrew McAfee, Machine Platform Crowd: Harnessing our Digital Future (2017) and NYTimes best-seller The Second Machine Age: Work, Progress and Prosperity in a Time of Brilliant Technologies (2014), Brynjolfsson is editor of SSRN’s Information System Network and has served on the editorial boards of numerous academic journals. 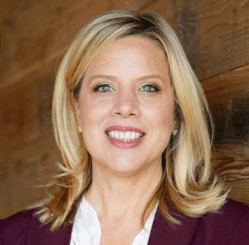 Jacqui Canney is executive vice president of the Global People Division for Walmart Inc. She is responsible for attracting, retaining and developing talent within the nation’s largest private workforce.

Jacqui joined Walmart in 2015 after more than 25 years of experience in global human resources. She has the unique role of engaging more than 2 million associates globally.

She’s focused on making Walmart the best place to work and shop through delivering an experience that gives associates access to the best technology, training and education opportunities. She’s modernizing the company’s total rewards and performance programs, and is also driving Walmart’s inclusive culture through the work done by Walmart’s Global Culture, Diversity and Inclusion Office.

Prior to joining Walmart, Jacqui led the strategy and implementation of programs at Accenture to attract talent, and transformed its workforce to strengthen business capabilities and industry focus. Jacqui holds a bachelor’s degree in accounting from Boston College. 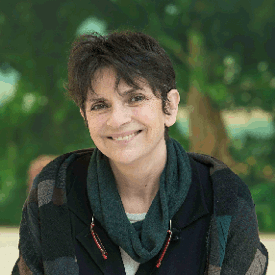 Ms. Anne Carblanc is Head of the Digital Economy Policy Division (DEP) in the OECD Directorate for Science, Technology and Innovation. Her division develops policy frameworks to foster digital transformation and make it work for the economy and society. DEP serves the Committees on Digital Economy Policy and Consumer Policy and their Working Parties, which are composed of delegations from member and partner countries, and from business, civil society, trade-unions and the Internet technical communities.

Ms. Carblanc joined the OECD in 1997. Prior to joining the OECD, she was Secretary General, Director of Services in the French data protection authority (Commission Nationale de l’informatique et des libertés – CNIL). She has also served ten years in the French judicial system, both as a judge in charge of criminal investigations and as the head of the criminal law department in the Ministry of Justice. 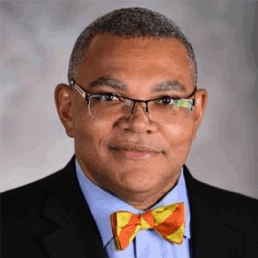 John-Paul Clarke is Vice President of Strategic Technologies at UTC, where he is responsible for all technology roadmapping and for guiding key initiatives focused on technology acceleration, partnerships, and global technology education. He also serves as strategic lead for several core UTC organizations such as the Additive Manufacturing and Digital Thread Centers of Expertise. J-P is a distinguished scholar with vast aerospace experience ranging from aviation operations research to U.S. national policy on autonomy in civil aviation. He previously was a College of Engineering Dean’s Professor at Georgia Institute of Technology and a professor at MIT–where he also earned multiple degrees, and has also been a visiting scholar at Boeing and technical staff member at the NASA Jet Propulsion Laboratory. 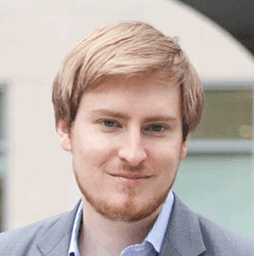 David Edelman is Director of the Project on Technology, the Economy, & National Security (TENS), part of the MIT Internet Policy Research Initiative (IPRI). At MIT he teaches and leads research on areas including applied artificial intelligence, international cybersecurity, and technology governance, and holds joint appointments in the Computer Science & Artificial Intelligence Lab (CSAIL) and the Center for International Studies (CIS).

Until January 2017, Edelman served at the White House as Special Assistant to the President for Economic and Technology Policy, and from 2010 – 2012 served as the first Director for International Cyber Policy on the National Security Council (NSC).  He began his career at the State Department, where he developed the U.S. government’s early diplomatic strategy and legal doctrine on cyber issues, and later served as the United States’ lead negotiator on Internet issues at the United Nations. Edelman earned his bachelor’s degree from Yale, and Master’s and Doctoral degrees from Oxford, where he was a Clarendon Scholar.

Michèle Flournoy is Co-Founder and Managing Partner of WestExec Advisors, and former Co-Founder and Chief Executive Officer of the Center for a New American Security (CNAS), where she currently serves on the board.

Michèle is a former member of the President’s Intelligence Advisory Board and the CIA Director’s External Advisory Board, and is currently a member of the Defense Policy Board, the Council on Foreign Relations, and the Aspen Strategy Group, and a Senior Fellow at Harvard’s Belfer Center for Science and International Affairs. She also serves on the boards of Booz Allen Hamilton, Amida Technology Solutions, The Mission Continues, Spirit of America, and CARE. 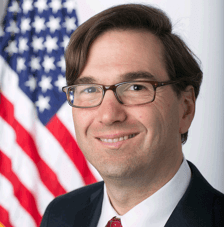 Jason Furman is Professor of the Practice of Economic Policy at Harvard Kennedy School (HKS). He is also nonresident senior fellow at the Peterson Institute for International Economics. This followed eight years as a top economic adviser to President Obama, including serving as the 28th Chairman of the Council of Economic Advisers from August 2013 to January 2017, acting as both President Obama’s chief economist and a member of the cabinet. During this time Furman played a major role in most of the major economic policies of the Obama Administration.

Previously Furman held a variety of posts in public policy and research. In public policy, Furman worked at both the Council of Economic Advisers and National Economic Council during the Clinton administration and also at the World Bank. In research, Furman was a Director of the Hamilton Project and Senior Fellow at the Brookings Institution and also has served in visiting positions at various universities, including NYU’s Wagner Graduate School of Public Policy. Furman has conducted research in a wide range of areas, including fiscal policy, tax policy, health economics, Social Security, technology policy, and domestic and international macroeconomics. In addition to articles in scholarly journals and periodicals, Furman is the editor of two books on economic policy. Furman holds a Ph.D. in economics from Harvard University.